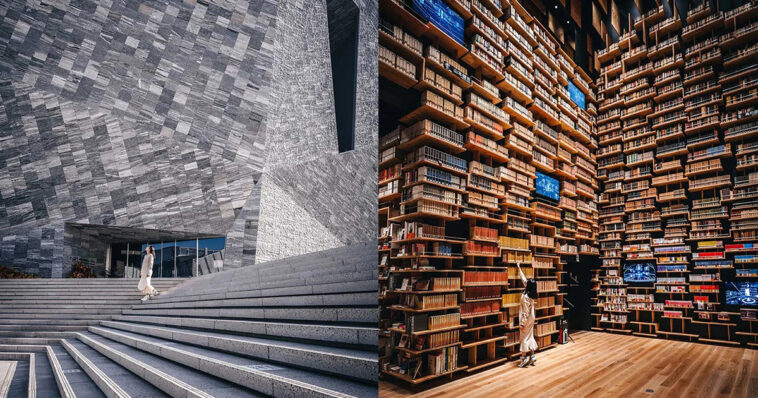 The new Kadokawa Culture Museum, designed by architect Kengo Kuma, has a charming interior design. The museum has an extraordinary interior design with its book-filled walls. Kuma designed a unique wood shelving system that reaches floor to ceiling and continues across with floating wooden panels.

The Kadokawa Culture Museum was designed as a multi-functional building; it services as both a library and a theater space. Projection mapping uses the 500,000 books as part of varying exhibits that give the space its secondary function. Screens are also scattered across the shelving arrangement to support exhibitions. For those more interested in reading the books themselves, they can access some of the upper levels by following a series of metal walkways that ascend up the 26-foot-tall library. Seigow Matsuoka, director of the Kadokawa Culture Museum, believes that this building is an opportunity to incite imagination that can create positive and meaningful change.

The museum is wrapped with an interesting granite façade with dramatic angular lines and a grand entrance with monumental front steps. “Although the world and Japan today are struggling with the effects of a permeating, invisible power, we are all trying to fight back and establish a new outlook on the future of humanity,” says Matsuoka. “Challenges are arising daily from a complex environment and networks, resulting in the mutation of genes and viruses. However, civilizations and cultures have a history of turning invisible power into visible forms. For both local residents and global citizens, Kadokawa Culture Museum, located in a small corner of Higashi-Tokorozawa, shall devote itself to turning the invisible into the visible to the best of its ability.”

The new Kadokawa Culture Museum, designed by Kengo Kuma, includes a library that doubles as an exhibition theater. 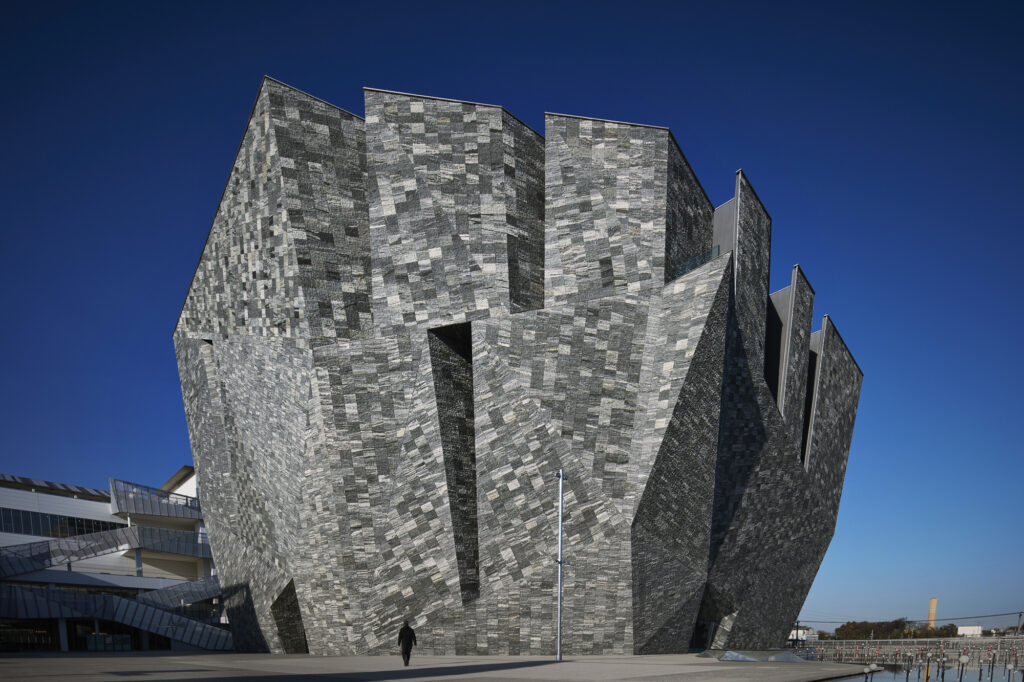 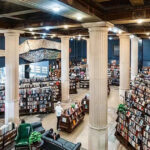 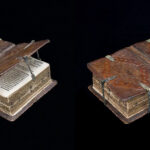