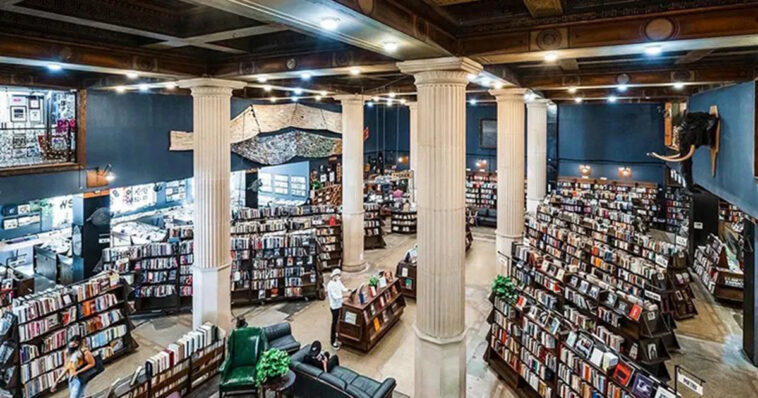 The Last Bookstore is an independent bookstore located at 453 S Spring Street, Downtown Los Angeles. Conde Nast Traveler called it California’s largest new and used bookstore. The store was founded in 2005 by Josh Spencer. The first incarnation was a downtown Los Angeles loft. They sold books and other things online only, then focused on books, and opened a small bookstore in December 2009 on 4th and Main streets. They moved to the current incarnation in the Spring Arts Tower at 5th and Spring streets on June 3, 2011. The store is 22,000 square feet. The current store is in a former bank with books on two levels, including the former vault. 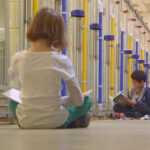 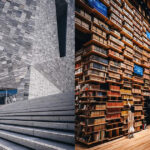