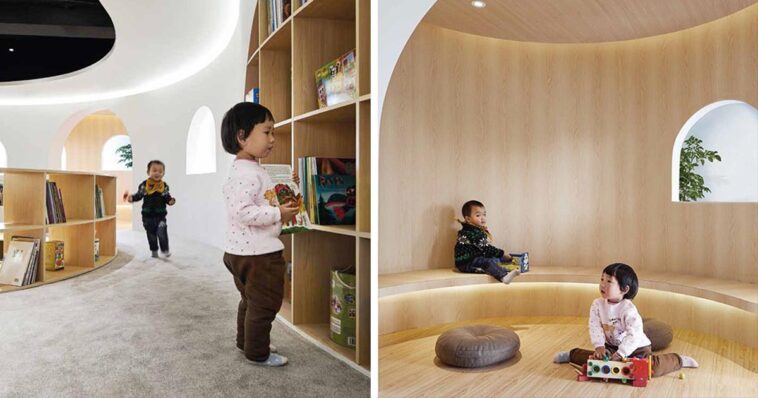 Living amid the hustle and bustle of China’s biggest city can prove hard to take at times, even for Shanghai’s littlest citizens. Like many children her age, four-year-old Sissi Tan often dreamt of somewhere magical to escape to, a wonderland brimming with toys and books far removed from the harried tedium of the adult world. Her business owner parents took note. Long-time friends and former Donghua University classmates Zhang Lei and Sun Hao Chen were fresh from their respective day jobs at two large design firms when they were approached with the task of designing a children’s library in a 108-square-metre space directly above a food imports shop in the city’s Nanhui District. “Sissi’s father is a friend,” says Sun of the client, who also commissioned the duo’s first official project together (an office in Shanghai) when Sun and Zhang first set up their practice Muxin Studio. Sun maintains that he was drawn to the library project right from the outset. Diminutively scaled and intimate in nature, it came as a refreshing change from the corporate projects that he and his partner had previously worked on. Dubbed Sissi’s Wonderland in honour of the precocious little girl who started it all, the library allowed Sun and Zhang to put into practice the philosophy of “looking, seeking and creating” that encapsulates their studio’s approach. The endeavour also afforded the designers the chance to indulge their inner child. The endeavour also afforded the designers the chance to indulge their inner child.

“This project is very special because our real clients are the children who use the space,” notes Sun. “We had to regard ourselves as children in order to understand what would appeal to them.”Further research into contemporary childcare facilities and interviews with a few enthusiastic little users would affirm what Sun and Zhang more or less already knew – that all learning begins with play.With this in mind, the pair swiftly followed suit with a quirky yet thoroughly functional design defined by undulating surfaces, arched openings and child-sized seating solutions. Lending well to both reading and play, the library features brightly lit nooks that throng a disk-shaped main space laid with soft carpeting and rimmed with wooden bookshelves. “The idea was to create a giant toy with different areas in which children are free to explore, discover and create their own experiences,” says Sun 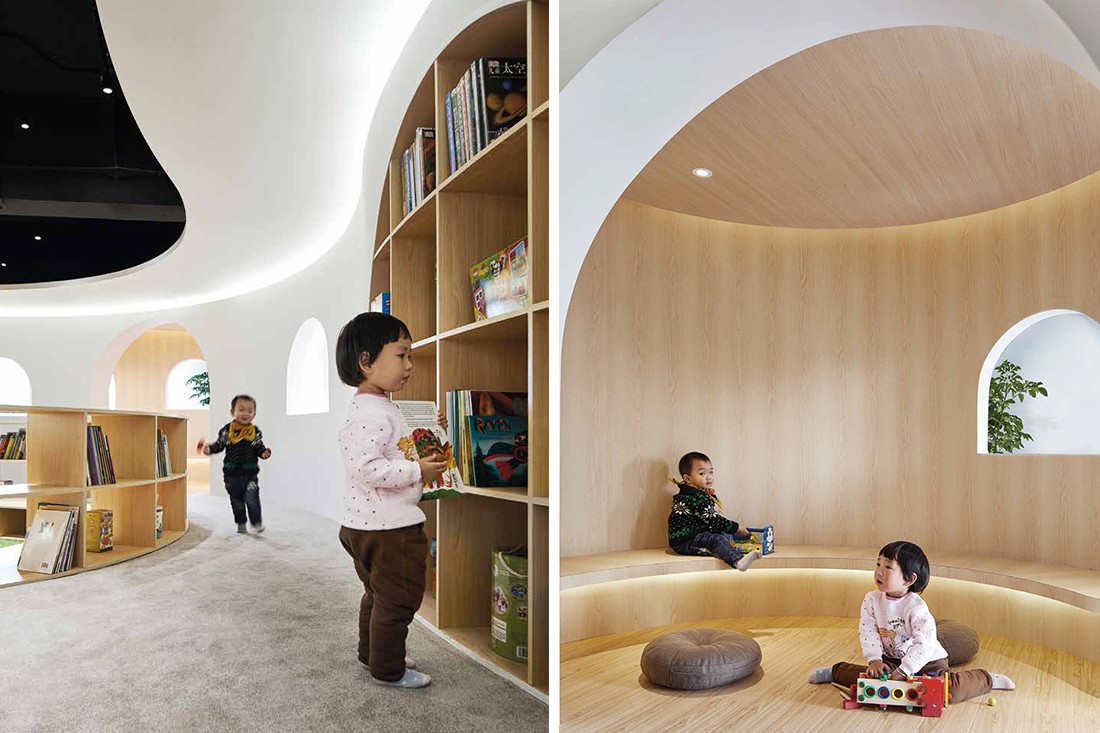 While Muxin Studio’s design is restrained in expression, doing away with unnecessary ostentation or ornamentation, the clean lines and simplified formats are anything but impersonal. If anything, they amplify the lighthearted feel of the space rather than suppress it.

Sun maintains that the incorporation of curved walls and rounded corners was a pragmatic rather than aesthetic choice – the result of being conscious about sharp edges or protrusions that could potentially jeopardise the children’s safety. Another crucial consideration was the awkward protrusion of a staircase into the space. That the completed library radiates openness and ease in spite of these limitations is a testament to Muxin’s resourceful approach.

The incorporation of curved walls and rounded corners was a pragmatic rather than aesthetic choice.

Months into the library’s opening, it’s little wonder that the space is a whopping success with adults and children alike. The calming interior, harmonious overlapping of communal and semi-private spaces, and integration of a typology with multipurpose components give way to something equally inspiring for both. Covered by a white canopy, a grey-carpeted walkway doubles as an extended play area, providing enough floor area for impromptu games while neatly uniting the main space and independent reading areas. 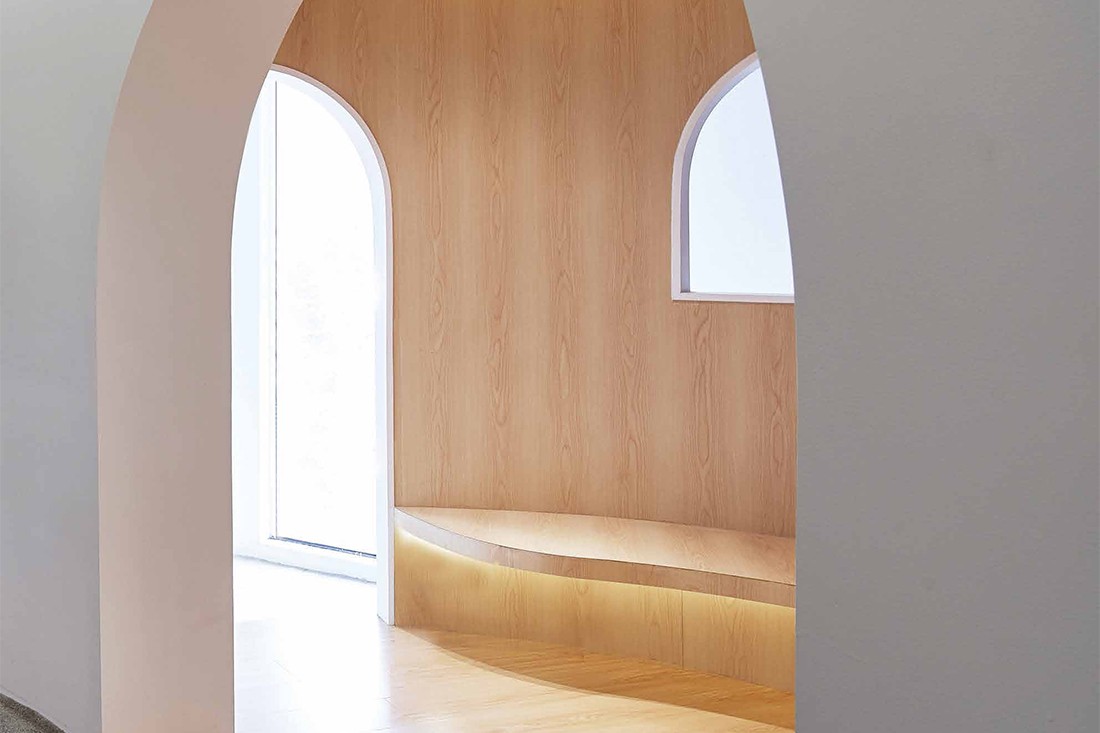 A soft, natural palette and occasional spurts of greenery ensure that one never feels boxed in by gently alluding to nature and offering weary parents a meditative refuge from the outside world. More than just a library, Sissi’s Wonderland humbly invites us to reconsider the significance of leisure in our lives and the often-overlooked value of a drawn-out pause in these fast-paced times. 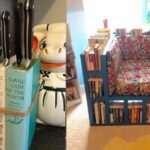