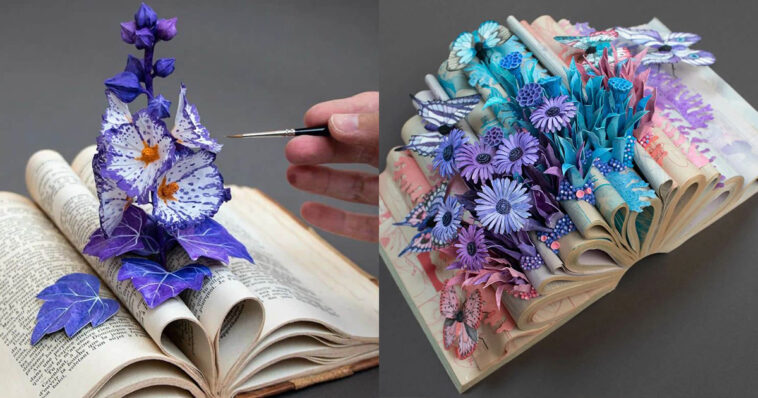 Discarded books receive a second life in Stéphanie Kilgast‘s ongoing series of artworks. The France-based creative explores the relationship between humanity and nature by repurposing abandoned objects in beautiful, unexpected ways. Her latest works feature colorful sculptures of flora sprouting from the pages and covers of forgotten books.

From electric blue fungi to purple blooms, these organic additions merge with manmade objects to create something new and exciting. By using cast-off items, Kilgast invites the viewers to reflect on the way people discard their belongings. At the same time, this series also highlights the splendor and strength of Earth’s biodiversity.

Many of the pieces from this series display the vintage editions opened, as if to be read. But this isn’t the case; the pages are folded into loops as bunches of flowers and grass grow from the binding. In others, Kilgast constructs fungi and coral over the book’s closed form, producing what appears to look like a nature-inspired cover.

Kilgast’s work will be on display at the Beinart Gallery in Melbourne starting November 5, 2022. You can keep up to date with Kilgast’s latest art by following her on Instagram and seeing more of her portfolio via her website.

Stéphanie Kilgast creates sculptures that reflect the relationship between humanity and nature. 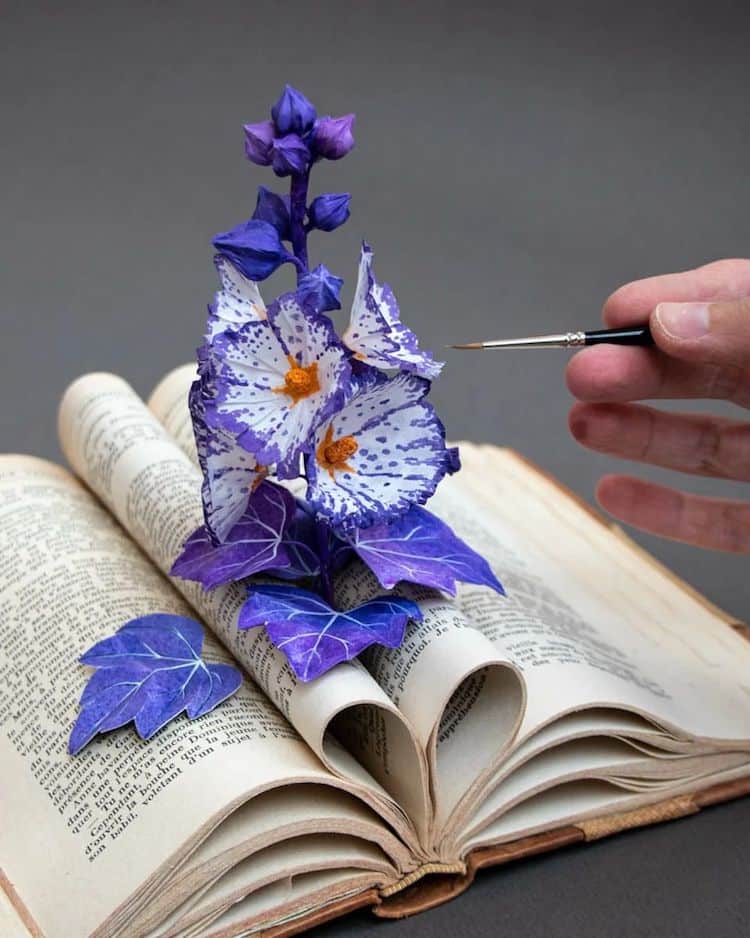 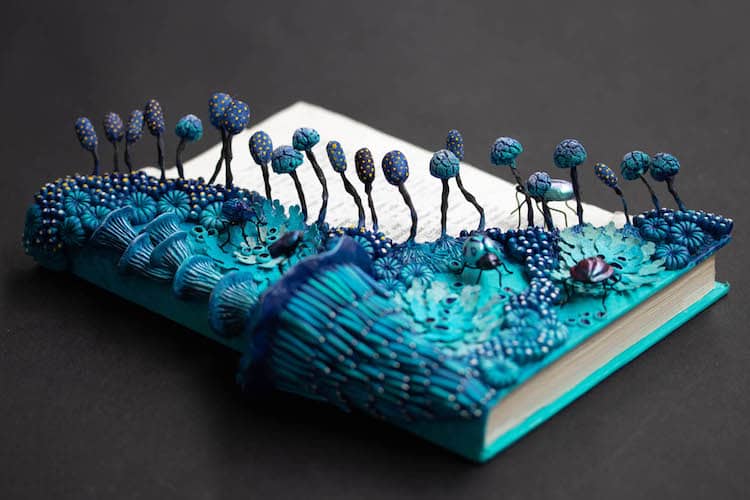 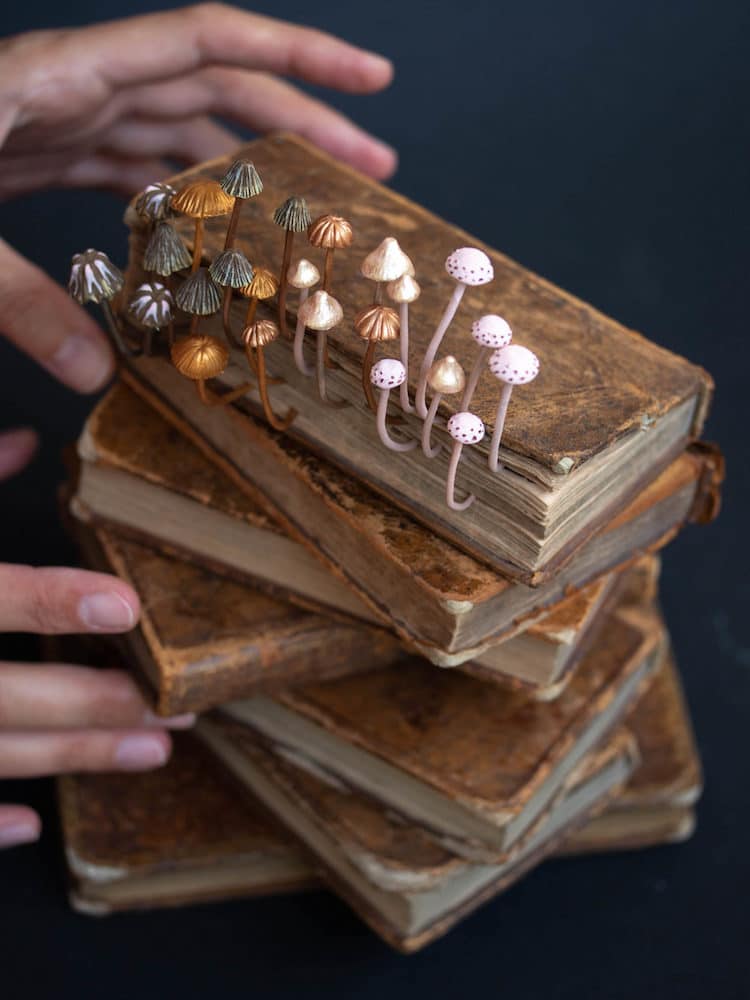 In this way, she breathes new life into forgotten objects. 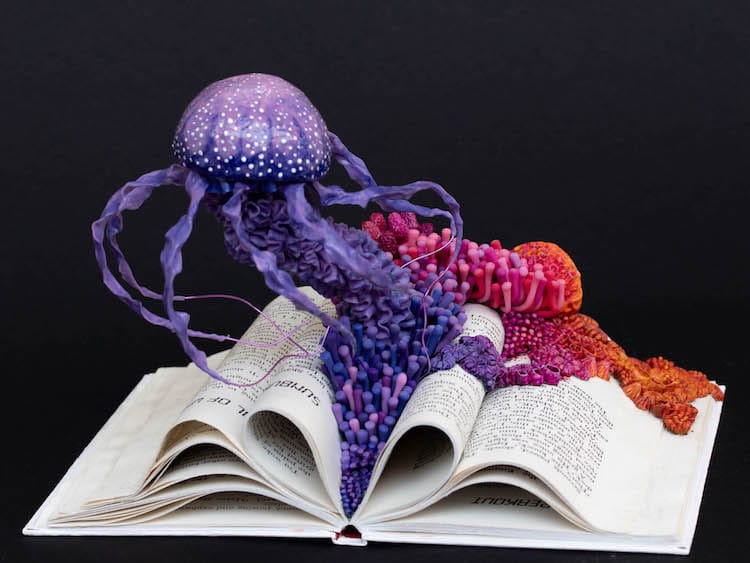 This series also highlights the beauty of Earth’s biodiversity. 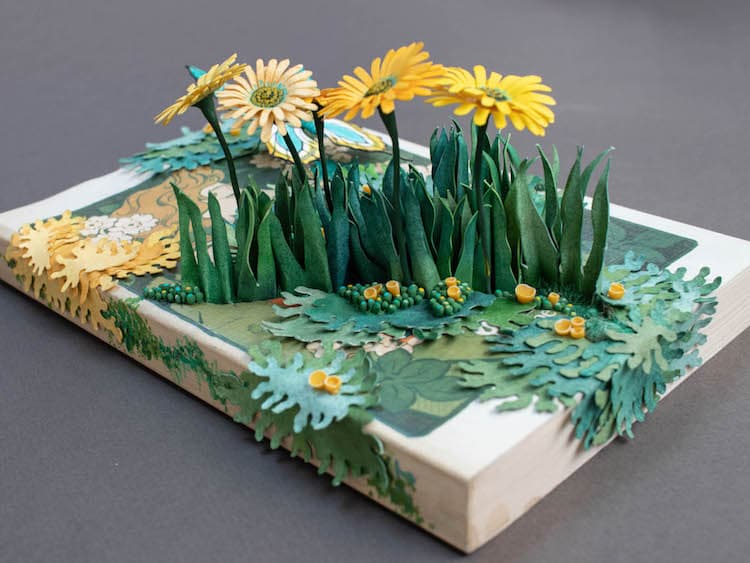 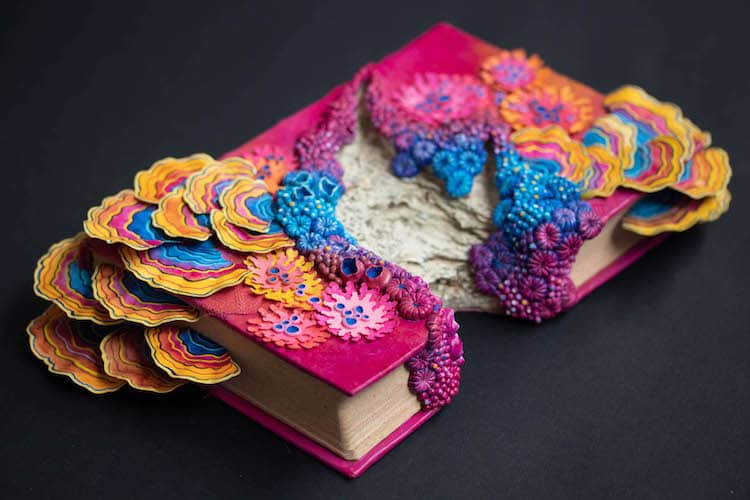 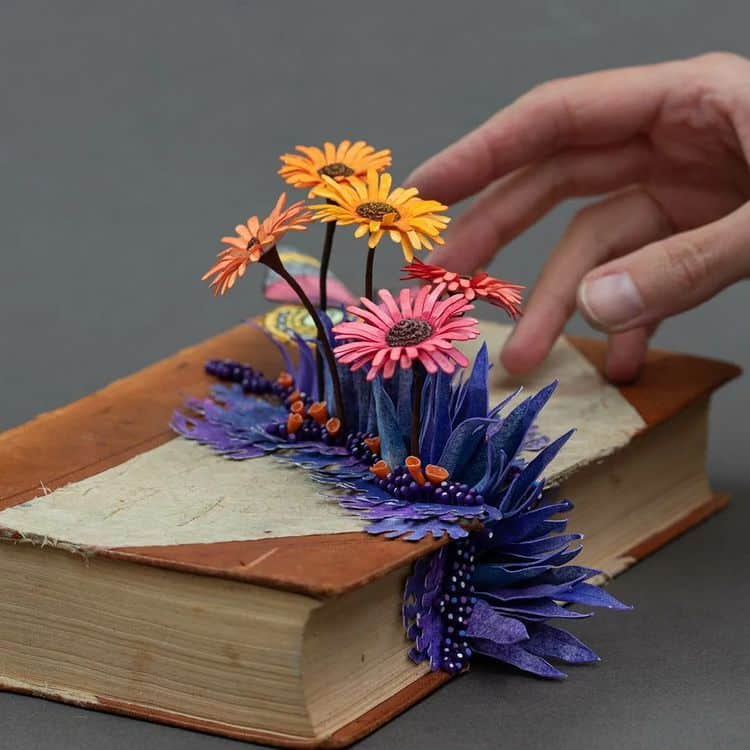 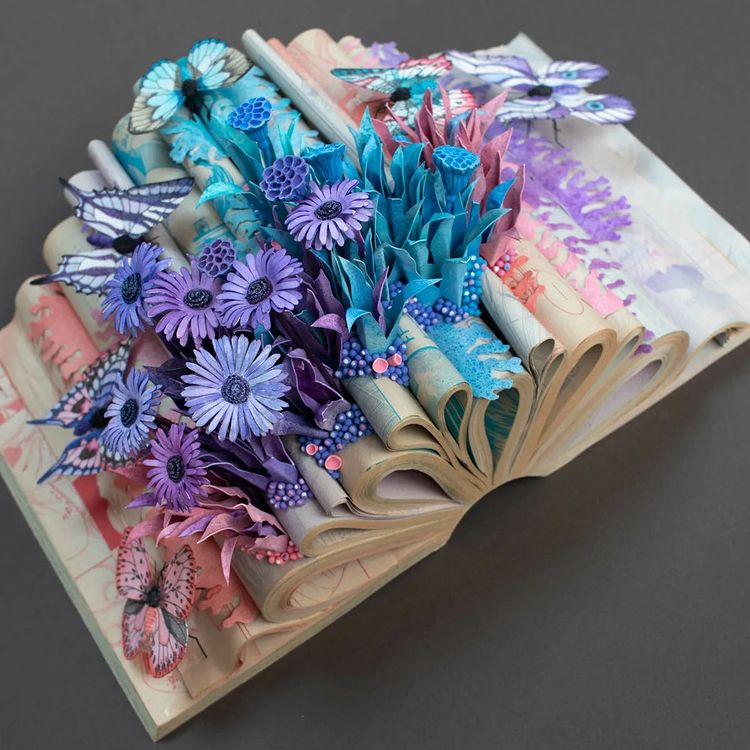 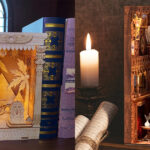 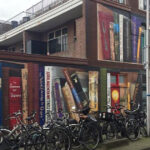